Consider EVERYTHING but one must not forget to think critically…
http://www.csicop.org/si/show/field_guide_to_critical_thinking/ 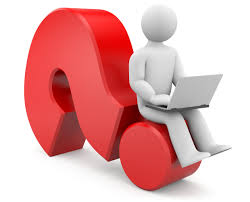 Some recent modern examples were the 2000 computer disaster (Y2K) and the 2012 Mayan Calendar Predictions…consider them…think critical…and disregard what really doesn’t pass the test of critical thinking.

Most things that sound plausible and aren’t in fact plausible, are based on SOMEWHAT factual concerns and issues.

If you’re wrong…then you’re wrong. You’ll also be wrong if you consider EVERYTHING to be valid. Some of it just isn’t.

Stick 12 – 15 of these into a sentence and you have yourself a NEW AGE Theory:

“The bleeding edge of the new convergence leads to the datafication of what was formerly thought of as Big Data in Safety Management. OBVIOUSLY, they were wrong. The NEW thinking is around Skeuomorphic Sensorization and Transmedia communication! How could it be ANY other way? Anyone with any sense has moved to this new way of thinking.”

Go ahead try it yourself! It’s fun!

Too bad people actually pretend to understand this random spewing of words into nonsense sentences. We need to expose this new age woo-woo that has NO substance AT ALL.

Pseudoscience is alive and well EVERYWHERE… Safety management is not immune…look for it…and expose it for it is.

“Pseudoscience is a claim, belief or practice which is presented as scientific, but does not adhere to a valid scientific method, lacks supporting evidence or plausibility, cannot be reliably tested, or otherwise lacks scientific status.[1] Pseudoscience is often characterized by the use of vague, contradictory, exaggerated or unprovable claims, an over-reliance on confirmation rather than rigorous attempts at refutation, a lack of openness to evaluation by other experts, and a general absence of systematic processes to rationally develop theories.”

Perhaps it’s just the Dunning–Kruger effect in action. they really don;t understand how silly they truly are.

The phenomenon was first tested in a series of experiments published in 1999 by David Dunning and Justin Kruger of the Department of Psychology, Cornell University.[2][3] The study was inspired by the case of McArthur Wheeler, a man who robbed two banks after covering his face with lemon juice in the mistaken belief that it would prevent his face from being recorded on surveillance cameras.[4] They noted earlier studies suggesting that ignorance of standards of performance is behind a great deal of incompetence. This pattern was seen in studies of skills as diverse as reading comprehension, operating a motor vehicle, and playing chess or tennis.

Dunning and Kruger proposed that, for a given skill, incompetent people will:

Dunning has since drawn an analogy (“the anosognosia of everyday life”)[1][6] with a condition in which a person who suffers a physical disability because of brain injury seems unaware of or denies the existence of the disability, even for dramatic impairments such as blindness or paralysis.

A Dilbert episode that helps reveal the funny side of “Woo-Woo” (James Randi). Snake oil salesmen, false profits and the delusional opinion based saviors of  Safety Management Systems beware…we’re on to you!

James Randi is depicted “loosely” in this episode.

Critical Thinking REALLY isn’t an option! Be trusting  BUT skeptical. It can be done! 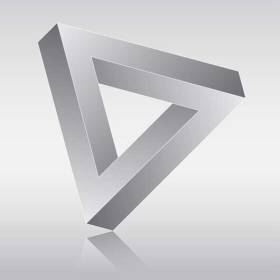 “Logic is the study of reasoning — the nature of good (correct) reasoning and of bad (incorrect) reasoning. Its focus is the method by which an argument unfolds, not whether any arbitrary statement is true or accurate. Thus, an argument can be both deductively valid and perfectly absurd, as in 1. All telephone poles are elephants. 2. Sally is a telephone pole. 3. Therefore, Sally is an elephant. The conclusion is valid because it conforms to a correct syllogistic pattern — in this case, affirmation of the antecedent — but is ludicrous at the same time.

As a “branch” of philosophy, logic is often broken down into many subsets: for instance, modal logic, many-valued logic, modern logic, symbolic logic, formal and informal logic, deductive and inductive logic. Those interested in pursuing the subject in depth should read and carefully examine the long articles in The Encyclopedia of Philosophy, especially “A Glossary of Logical Terms.”  Each article is followed by an extensive bibliography. (See also Logic.)

A fallacy is an invalid form of argument, an instance of incorrect reasoning. Below is a list of common fallacies. Hit the “Back” button to return to the top.”

Safety comes in all forms. Today a bit different discussion. Rather than “industrial safety” I’m exploring Stalking Behaviours. It really is quite a disturbing subject.

Cyber stalking refers to “the use of the Internet or other electronic means to stalk someone. This term is used interchangeably with online harassment and online abuse.” (Wikipedia) In other words, it is an extension of physical stalking into electronic mediums such as the internet. 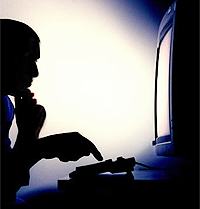 DO NOT tolerate it…report it!

Report it to the Provider

Finally some explanation of the behaviours…REALLY disturbing.

I am humbled by the honor.  Thank you!

After being nominated by their peers, the recipients listed below were chosen by their local chapters and are now in the running for regional and national awards. We would like to thank all the nominees and recipients for their dedication to making Canada a safer place in which to live and work.

– One Workplace at a Time Team

YOU CAN’T MISS IT when you’re PRIMED! Led Zep fans will love it!

Articles On The Net by Alan D. Quilley CRSP